We’d like to introduce you to Nevin Zais, Varvid’s Boston Team Lead. Nevin has been a part of the Varvid team for three years. Over these years, he has honed his webcasting skills and has worked on a wide range of Connected Events (including switching for The Boston Election Panel livestream).

“We are seeing more and more people getting excited about livestreaming. Helping drive it forward is what motivates me to be in this line of work,” Nevin explains. “We should have livestreams for everything!” 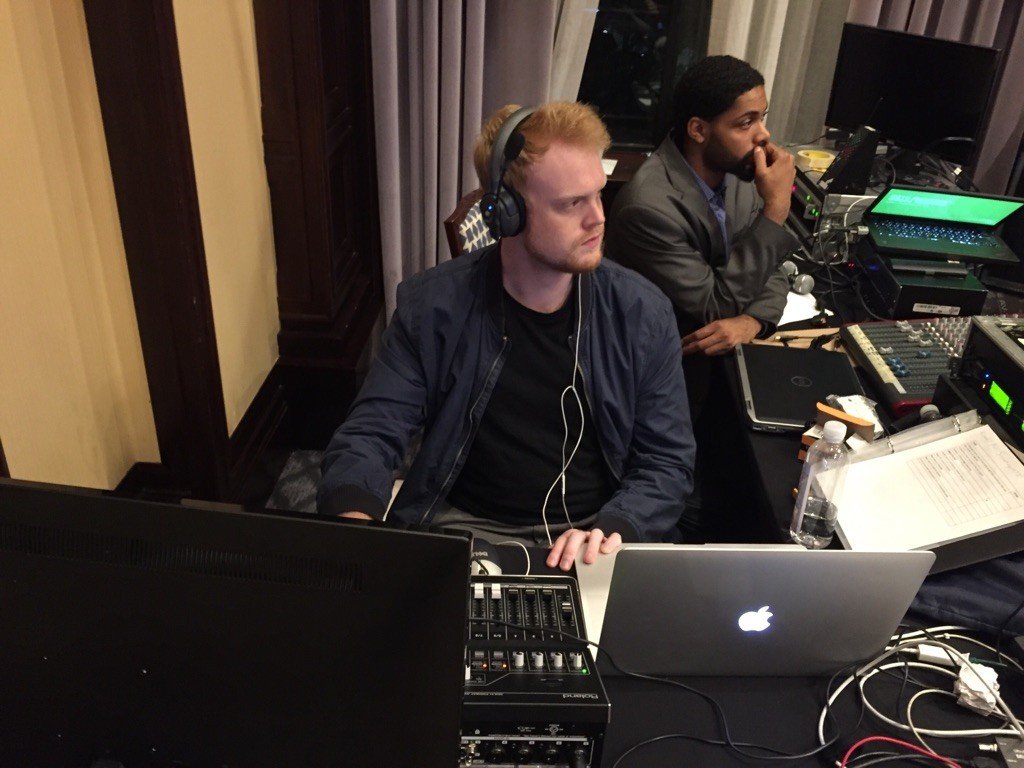 Nevin is a Boston native with a BA in New Media from Fairfield University. He is often found enjoying a spuckie at Jim’s Deli, on the edge of his seat at a Red Sox game, and nerding-out on livestreaming gear.

Nevin’s enthusiasm for Connected Events, his willingness to grow and master webcasting tech, and his killer sense of humor makes him great to work with!

Want to meet Nevin? Let us introduce you!

Nevin’s task was to execute a smooth livestream (and recording) by live switching between presenters and making the event look outstanding to remote viewers.

By supporting The Colby Club of Boston and the Goldfarb Center for Public Affairs and Civic Engagement, the “Pulling Back the Curtain on The 2016 Election” discussion was accessible to the public on September 27th.

“Events like this one really help connect and educate the community,” said Nevin, “especially if people can’t make it to the venue.”

This panel dissected the strategies behind endorsements, campaign finance, and voter behavior throughout 2016. Certainly, this year’s election has a one-word description: unconventional.

This panel discussion was presented by the Alumni of Colby College. To learn more about Colby College events, you can find a calendar here.