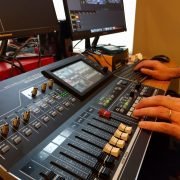 Varvid live streamed a portion of Seattle Startup Week 2016 for JPMorgan Chase & Co. branch, and title sponsor of the event, Chase for Business last Wednesday. By using a Roland VR-50HD video switcher and three camera sources, we streamed to Chase’s YouTube channel. Out of the three cameras, two were operated: one focused on the presenters while they took turns speaking, and the other captured the audience’s reaction. The third camera was set in the back of the room capturing a wide shot of the audience and the presenters.

Although the entirety of the five-day event wasn’t live streamed, we did get to cover an important panel discussion titled: “Do I really need to invest in Digital Marketing?” The short answer:”Yes!”. Social platform leaders from Twitter, Facebook, LinkedIn, and Yelp held an hour long conversation and Q&A session about the role of social media shaping business identity through digital marketing.

SSW is an event led by entrepreneurs for entrepreneurs that aims to develop the Seattle community by building momentum and opportunity for business owners. This year’s event was hosted at Impact Hub in Seattle’s Pioneer Square. If you are interested in creating a startup week in your town or city, learn more here! 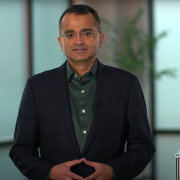